I have re-built the Rise Industries website from the ground up, and moved it over to a new domain and a new blog publisher. Please check it out at:

Update your bookmarks, and tell all yer pals, and do all that moved website stuff that you do. 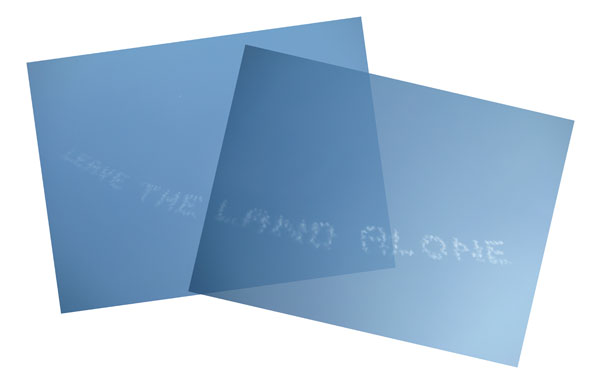 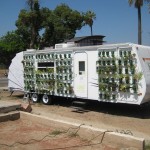 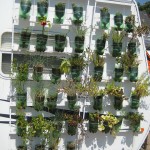 I wrote a review of Barbara T. Smith’s Aug. 28th performance at Highways, “Hold Your Mud, LA” and Paige Tighe published it on her blog, Grey Area Artist. You can read it here.

Over at the New York Times’ Lens Blog they have some great photos of the World Trade Center from before the attacks on 9/11/01. Check ’em out full-screen.

Animo Venice Charter High School, the project I have been working on at Osborn for the past 10 months, opened for classes on time yesterday. The 45,000 sf. two-story school for 500+ students is run by Green Dot Public Schools. Set on a very small site adjacent to an LAUSD elementary school in a Venice neighborhood, the project consists of a long classroom/admin building along a covered outdoor corridor, with a gymnasium building set across a long open space running the length of the site. A shade structure (not installed yet, but coming!) adjacent to the gym will serve as an area to eat lunch or hang out. Photovoltaic solar panels cover the roof and are spaced along the west facing elevation of the building, and will supplement the power to the building.

Animo Venice was the first school to receive a grant from the High Performance Incentive Grant program in California, which earmarks $100 million for green school projects. 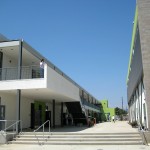 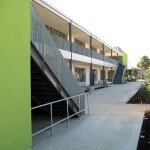 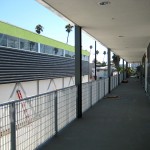 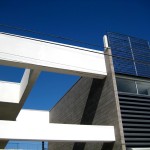 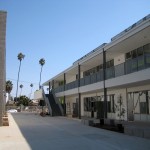 I have brought in most of the past Rise Industries posts from the old blog… as you may have noticed. They didn’t all come in correctly – some titles are missing, some are attributed to the wrong author, but hey, they are up. And now they are accessible via the archive. Nice. I  started to set up bio pages for members, and also began tinkering with the code to get things looking the way I want them too. So, things will be in flux here for a little while. I have no clue when it comes to .php and only rudimentary CSS knowledge, so it could take a while for me to get it looking the way I want. Stay tuned. Hopefully members will pop in and post when they are all logged in to the new system.

Rise Industries, founded in 1999, will relaunch this September for its 10 year anniversary. Check back in soon.