If, like me, you are at home working in your studio today, then I highly recommend you do what I did – make yourself a nice pot of hot chai. We have a great recipe that Nicole brought us back from India. Its very simple, provided you have or are willing to go and get a few great spices.
To paraphrase the recipe:
Use half water and half milk – so if you want to make two mugs of chai, start with a mug full of water. Dump that in a pot.
Add to that:
A quarter sized piece of ginger.
A small handful of cloves (just enough to sit in the bowl of your palm, not yer whole hand).
A small handful of cardamon seeds, if they are in pods, open the pods first.
A small handful of fennel (aka anise).
And two teaspoons loose black tea. Loose tea is getting increasingly difficult to find around here, so if you cant find it maybe use teabags or rip open a couple of teabags?
Boil all that.
Then, when its good and boiling, add another mug of milk (or equal to whatever amount of water you used). We always have 1% milk around so that works fine. I bet heavier would taste ever richer.
Cook that until it ALMOST boils. How do you know its going to boil? The milk gets a bit foamy and you can see the tea coming up to the surface. Got to watch it closely at this point because if you boil it you likely scorched it a bit and while it might still taste OK, your pot will be a pain to clean. Add some cinnamon and take it off the heat. You can use a stick or ground cinnamon, either way.
Now strain it into some mugs, sweeten with some honey to taste – Yeah, honey is better for it than sugar trust me – and put on some old Pink Floyd (uh, because that’s what I would do) and relax while updating your website or whatever it is you are doing over there.
Oh, and its best drunk out of a classic Greg Surman mug as pictured below, but unless you went to school with him and he made you one, you don’t likely have one of those now do you? 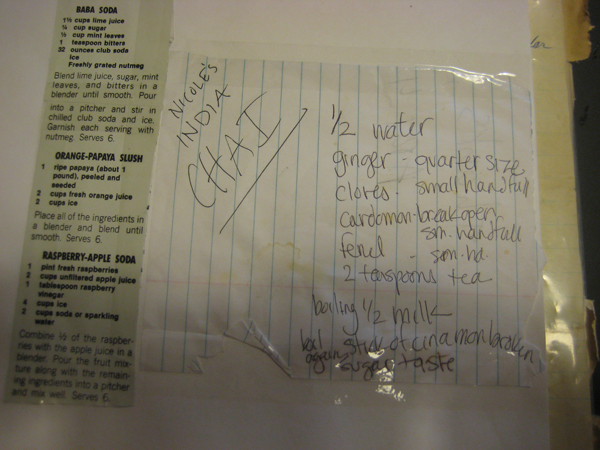 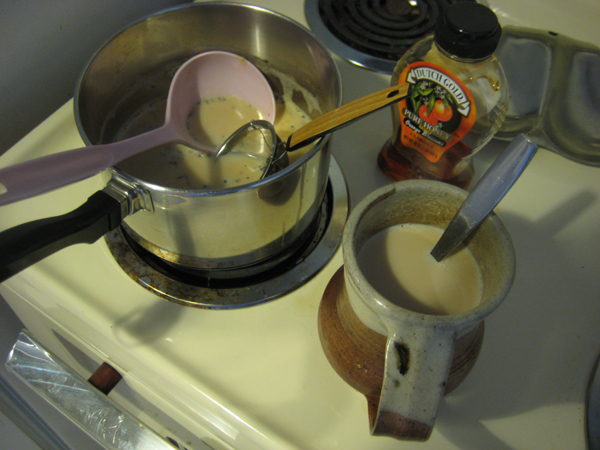 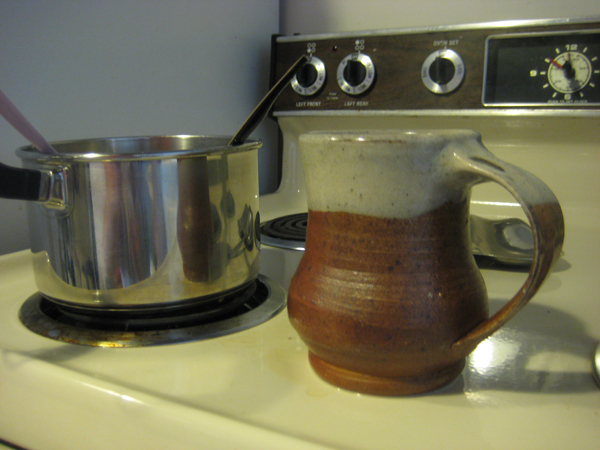 This past weekend Michele and I headed down to Long Beach to install her video and check out this years crop of sound works installed for their annual audio-art festival. The show was bigger this year, and a good crowd showed up, but I didn’t find much work I found interesting this time around. Last years show was a real stand-out to me, got to see if I have photos lying around of that I can post later. There were a few things this year that grabbed my attention of course, notably D. Jean Hester’s field recording style audio tour of the SoundWalk (which made me want to carry a mic and headphones around everywhere I go), and Flora Kao’s sound sculptures. Michele’s video installation too of course, but I may be a bit biased towards that one.
Down there we met up with Rise member Mike Feldman and some others friends in the music industry, and talked a little about what failed to capture our attention this time around. We came to the conclusions that there was a bunch of work that had some technical things going on, but failed to bring any conceptual drive to it, and a bunch of work that was more traditionally “fine art” with sound added as an afterthought or not really bringing anything to the work. That and the usual sprinkling of works that either are rehashing of older artworks (when is an homage merely a copy?) and stuff that just didn’t work out at all. The event is so large that we may have missed a third of it altogether, so perhaps there was more out there which would have impressed us. I really wish it could extend to two days, as now its getting a bit large to take in during the course of one evening. Criticism aside, it really is a fantastic event every year – pretty amazing to see/hear sound art taking over a whole neighborhood for a night, and to run into little projects in every little nook and street corner. If anyone else was there and has some other project to point out that I missed, leave it in the comments please. 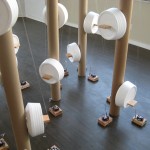 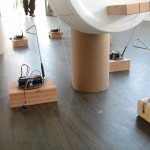 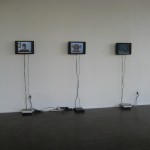 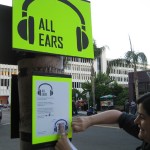 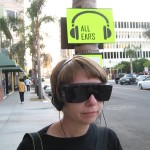 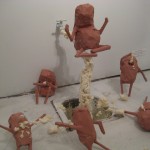 Sound Installation by Flora Kao from Jeremy Quinn on Vimeo.

Also check out more of Flora’s work on her website.