…also Providence has the Dunkin’ Donuts Center, which to me is like having a beautiful shrine to a benevolent god right in the middle of town. 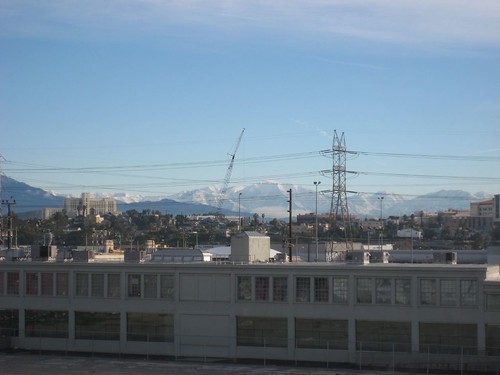 With views like this from downtown how can LA be all that bad? Plus, we got Pinks and In-N-Out.

Don’t get me started on the LA haters though… its a polarizing place. Seems people only love it or hate it.

If you look at that list another way.. LA is the best rated out of the big 3 cites (rated 7 on the Forbes list, not 3) above New York and Chicago. Didn’t see San Francisco on the list, so it must be rated higher.

We’ve got some work to do… Providence is the 10th most miserable city in the country. Don’t worry LAers… you ranked number 3.

Our Lady of the Big Apse

Medieval architecture joke, with apologies to MTTS (oh I am a big fan).

See also this for that other thing.

I spent a bit of today recording this little song that features a hot new delay pedal that I recently got (Thanks Ethan!). Its two minutes and twenty-two seconds long. Listen to it with headphones if you can.

It will play in a new, needlessly large, window.

Comments are live, due to the lobbying efforts of Senator Tim. Now he owes me steak dinners and a trip to Martha’s Vineyard. Feel free to comment on that.

I have no idea what day it is Fridays

Listening to some old Songfight challengers from back in the day.. and you can too by clinking on the links.

Ask Ethan all about Songfight if you wanna know.

Our dear glorious leader…
A new gadget from our dear and glorious leader Google… Grand Central. What kind of sinister plot are they up to? A phone number of the beast? I’m only half kidding…

Apparently, I am originally from Brazil, but have also lived in Korea Republic, Greece, Vietnam, and currently reside in France.