I started taking a great letterpress class this month, taught by Gerald Lange, in Otis College of Art and Design’s Continuing Ed. program. So far we have seen some of Gerald’s fantastic work and that of his students, memorized the California Job Case, set up some type, and started printing. With many errors. So – next week its back to setting and trouble shooting the type, then clean press, ink, print, check, clean, fix type, ink, print, clean… you get the picture. Everything looks like it will take forever but I get the impression that we will get faster at it. The machines, the type, the tools, are all just as beautiful and great to work with as I had hoped. mmmm, lead type. 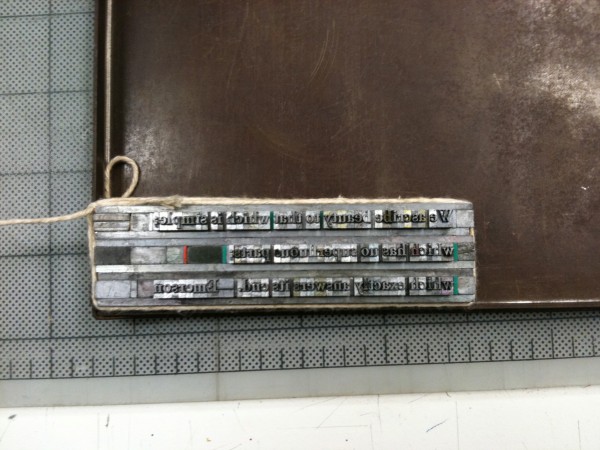 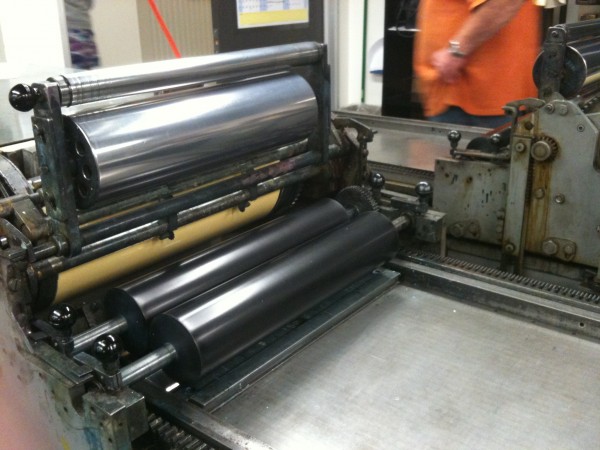 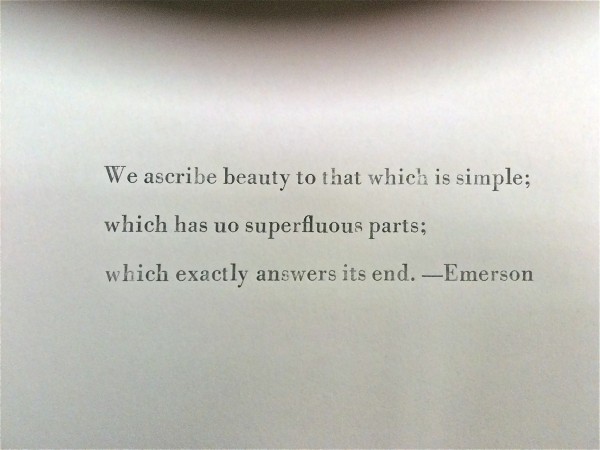 Another newsflash from the future!

It’s been an exciting time for the future! This summer, we had our Future Information table at a number of festivals, and interviewed over 20 people about the future. We’ve included them on the “History of Somerville, 2010-2100” website. Take a look if you get the chance! (Timeline combining all of the predictions is here. Archive of predictions people have sent in is here.)

Here are some of the new facts about the future you might find interesting:

–           In 2060, the city’s DPW goes bankrupt. Davis Square is overrun by the cows and goats that the city now keeps to clear away garbage and mow the grass.

–           By 2030, Somerville has become a mecca for singletons. They take the place and apartments of the families that are leaving town because of the poor quality of the city’s public schools.

–           By 2100, Somerville has channeled the rising floodwaters into planned waterways. Gondoliering becomes a popular occupation, and a new festival (Gondo Fest) joins the Fluff Fest in residents’ hearts, minds, and calendars.

We’re still collecting predictions! If you’d like to make a prediction, just email Tim at future.of.somerville@gmail.com , or visit the website for more details.

About the project:
“The history of Somerville, 2010-2100” is a community art project that is exploring what the future might be like. We’ve been talking to current and former residents; gathering official plans; and collecting think-tank vision statements.

This project is organized by Tim Devin, and is sponsored in part by the Somerville Arts Council.