Photos for the Nave show

Here are some photos from the show I had at the Nave Gallery for my “History of Somerville, 2010-2100” community art project. 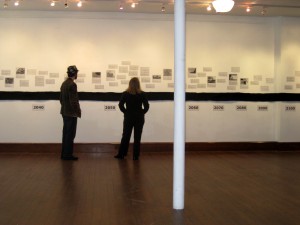 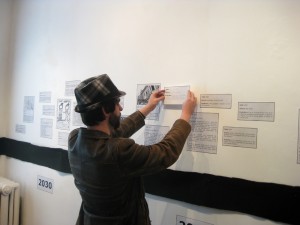 Visitors could add their own predictions to the timeline. 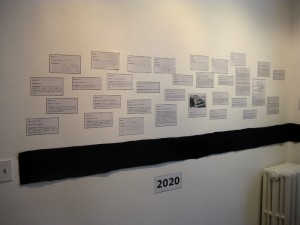 About 40 new predictions were added during the show. In this photo, there are a number of hand-written notes on the wall.

This is the same wall, before the show. 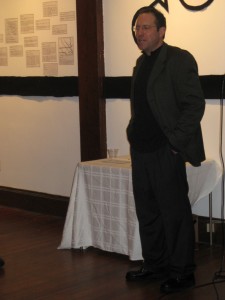 At the reception, futurist Seth Itzkan gave a short talk about thinking about the future-- and then led us on a guided future-visioning exercise. 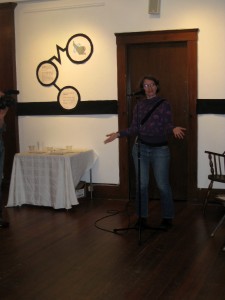 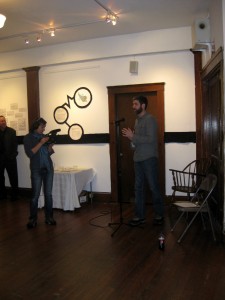 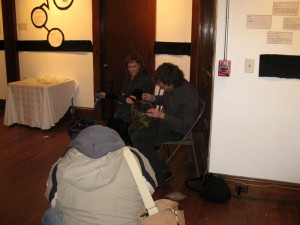 After Future-aoke, Neil Horsky and Anna Horsky played some music on instruments that haven't even been invented yet. 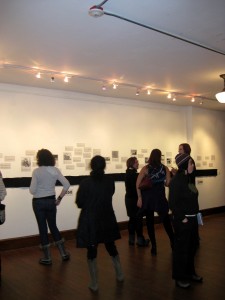