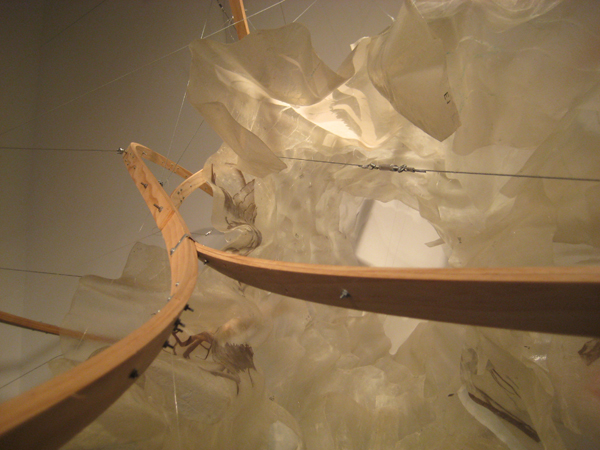 The weekend before Thanksgiving Michele and I went over to one of the old hangars by the Santa Monica Airport to check out the show Cautionary Tales, Feral Structures at Arena 1 gallery. Curated by Berenika Boberksa and presented in several rooms underneath the cavernous roof of the hangar building, the show consisted of works by artists and architects from London and Los Angeles. Each piece employs the cautionary tale as a narrative device which plays out in the feral structures created or proposed in the space.
Our invitation to attend a small gallery talk turned out to be an invitation to participate in a small panel giving the gallery talk… and when we finally got our bearings the conversion kept cycling around the differences between the architects and the artists, and methods each group might employ when working within a gallery context.
As we spoke, my gaze kept returning to the half-constructed or half dismantled volcano across the room. Built haphazardly out of delicately arranged fans of bass wood, and propped up on a scaffold of small timbers, it loomed large above a quaint town composed of kitsch plaster buildings of the sort my mom would put on the mantel around the holidays. I kept wondering weather these townspeople had been building this volcano, and putting themselves in immediate danger through their industriousness; or if they have been trying frantically to take it down in time to save themselves before it blew its top. For some reason the key to this work for me was held in the difference between these two methods, and what each of them might refer to in our own society. I never did decide on an answer, or ask about it, but ended up satisfied with just the question itself, and the state of indeterminacy the work left me with.

Other works included a full-scale proposal by Berenika for an opportunistic retrofit of a housing block, enabling the tenant to architecturally flirt with her neighbors. This large sculptural work took over the main gallery space, and had a line quality reminiscent to me of the restrained yet flowing drawings I had created back in school using only a compass, pencil, and some basic geometry. In the back room was a striking composite analogue projection by Zoe Hodgson (very analogue, using a couple of haphazardly taped up overheard projectors) of a salt tower emerging from the desert. Blockily reminiscent of some medieval Italian creation, its details glowed yet were infused with hairy, creepy things and bits of wood or other materials hinting at a depth beyond the shadow and light on the wall.
The whole show managed to unmistakably come at you from many different places and perspectives, while keeping enough aesthetic and narrative links to stand as a unified body of works – especially when read in the light of the show’s title and curatorial statement.
Since it took me so long to get around writing this post, the show has already been down for quite a while – so you’ll have to be satisfied with checking it out through the photos below.
The artists in the show were: Berenika Boberska, Louise Clarke, Sarah Gillett, Dominique Golden, Zoe Hodgson, Ilaria Mazzoleni and Neil Rollinson. (Sorry I didn’t manage to write down which one belonged to each artist this time) 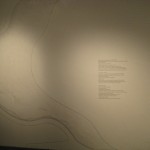 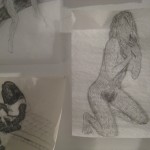 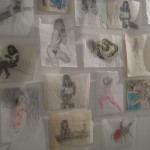 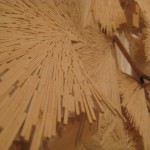 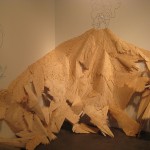 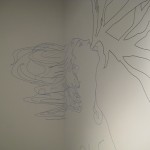 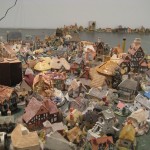 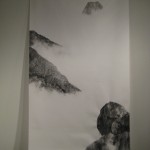 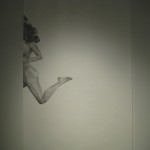 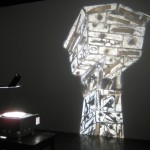 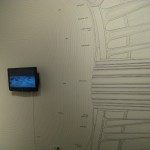 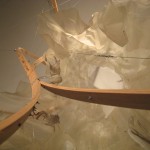 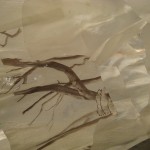 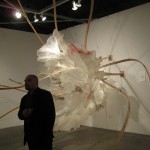